Many companies and businesses manufacture items that require magnets to work, from medical apparatuses to the speakers in your car. Magnets are an invaluable tool that have helped further the technological boom since the turn of the 20th century and continue to be useful to this day for both commercial and recreational purposes. If you are looking for magnets then you should consider one of the more powerful variants: the rare earth magnet. Not much is known about them in the public so it is important you have a good understanding about why they are becoming more popular before making your choice.

What Is A Rare Earth Magnet?

Rare earth magnets get their name from a group of rare earth elements that are primarily used in the creation of these magnets. These elements are known as lanthanides (apart from yttrium and scandium, which are generally included in this classification and are not lanthanides) and are rare only in how they are found, not their overall abundance. What this means is that they are quite prevalent across the world but they are rarely found in large deposits making it hard to mine them on a commercial level and remain profitable. In the 1970s it was discovered that some of these elements made extremely strong magnets and thus the term rare earth magnet was coined.

When relating to magnets the term permanent refers to whether the magnet generates its own magnetic field or not. A permanent magnet will be magnetic without any additional support after it is created. The other type of magnets are what are known as electromagnets which are only magnetic when powered by a current. Rare earth magnets are permanent insomuch as they generate their own magnetic field and are extremely powerful but no magnet is permanent forever. However, even amongst the permanent classification rare earth magnets last exceptionally well and are some of the most durable available.

How Do They Compare To Other Magnets? Rare earth magnets stack up very favourably when put against more common types. Ferrite magnets are probably the most widespread form of magnets but rare earth magnets can be up to 3 times as powerful and they retain their potency far longer, making them ideal for most uses. Perhaps the biggest drawback to rare earth magnets is their physical vulnerability as they are quite frail. This is easily remedied with a heavier coating or plating and the physical strength of magnets rarely comes into play when they are in use. When it comes to commercial use there is no comparison: rare earth magnets are the future.

Building The Business of Your Dreams

Building the Business of Your Dreams 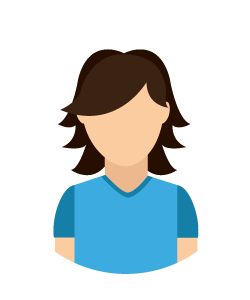 If you want to be successful in business, it will take much more than just hard work. To develop and build a successful business, you will also need knowledge about your market, your customers and your competitors. My name is Fran and I am here to give you some useful information which will help your business to succeed. I don't own my own business, but for the last 2 years, I have been studying how different sized businesses operating in different ways operate. I have learnt a lot of cool things from people at all levels in the world of business. I now feel that it is time to pass on what I have learnt to the rest of the world.

If you work with steel in your manufacturing facil …

Read More
Have you found the right batteries for your device?
14 April 2021

When you think about providing power for your comp …

Read More
Can You Tell When Your Grease Filter Needs Cleaning? 3 Signs to Look Out For
11 January 2021

The grease trap is one of the vital components of …

When you look into your garden, what do you see? I …

Brick is one of the most popular building material …